After a hard-fought runner-up effort in the Saudi Cup (G1) last month, Zedan Racing’s COUNTRY GRAMMER came back and schooled the competition in the Dubai World Cup (G1). He was stacked up against the likes of USA’s top runners Life is Good, Hot Rod Charlie, and Midnight Bourbon – as well as a host of international competitors. 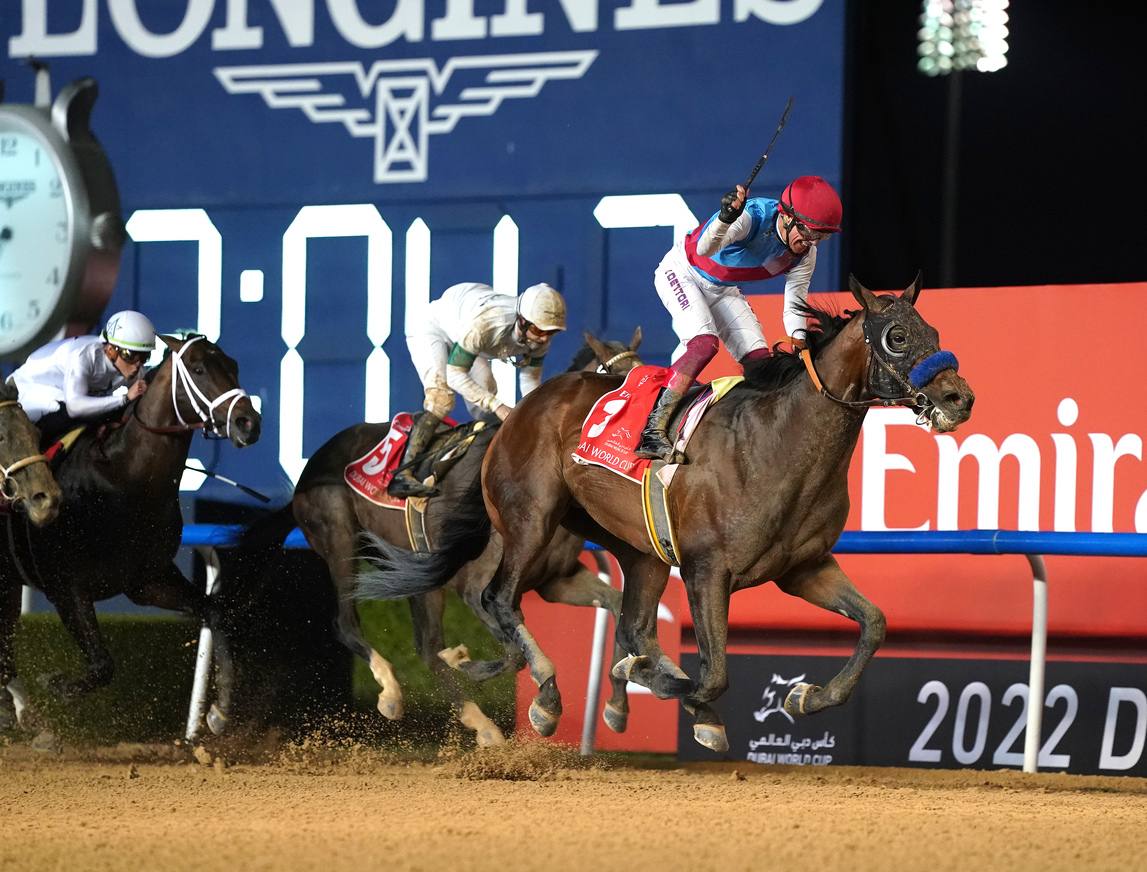 It was a picturesque performance for the Bob Baffert-trainee with Frankie Dettori in the irons. Dettori gave a positive ride and COUNTRY GRAMMER did the rest, running past a tiring Life Is Good before holding off a resurgent Hot Rod Charlie to score by 1 3/4 lengths.

“When the draw came out, I had just wanted to put him on the fence,” said Dettori, who treated the many fans on hand to one of his patented flying dismounts. “At the half-mile, I wasn’t able to keep on with the front two, but in the end they came back to me. At the furlong pole, it was surreal as I knew I was going to win. It’s just unbelievable. It’s like a dream!”

Zedan Racing owns COUNTRY GRAMMER in partnership with Winstar Farm and Commonwealth Thoroughbreds. The five-year-old son of Tonalist now has four wins (and three placings) in 10 starts, with earnings of $10.8 million.