Princess Noor fired another bullet Monday morning, this time besting 44 other works going five furlongs on the Santa Anita dirt track, completing the breeze in :59.6. Never asked for run, Zedan Racing’s Grade 1-winning filly did it easily within herself in preparation for the Starlet Stakes (G1) at Los Alamitos this weekend. 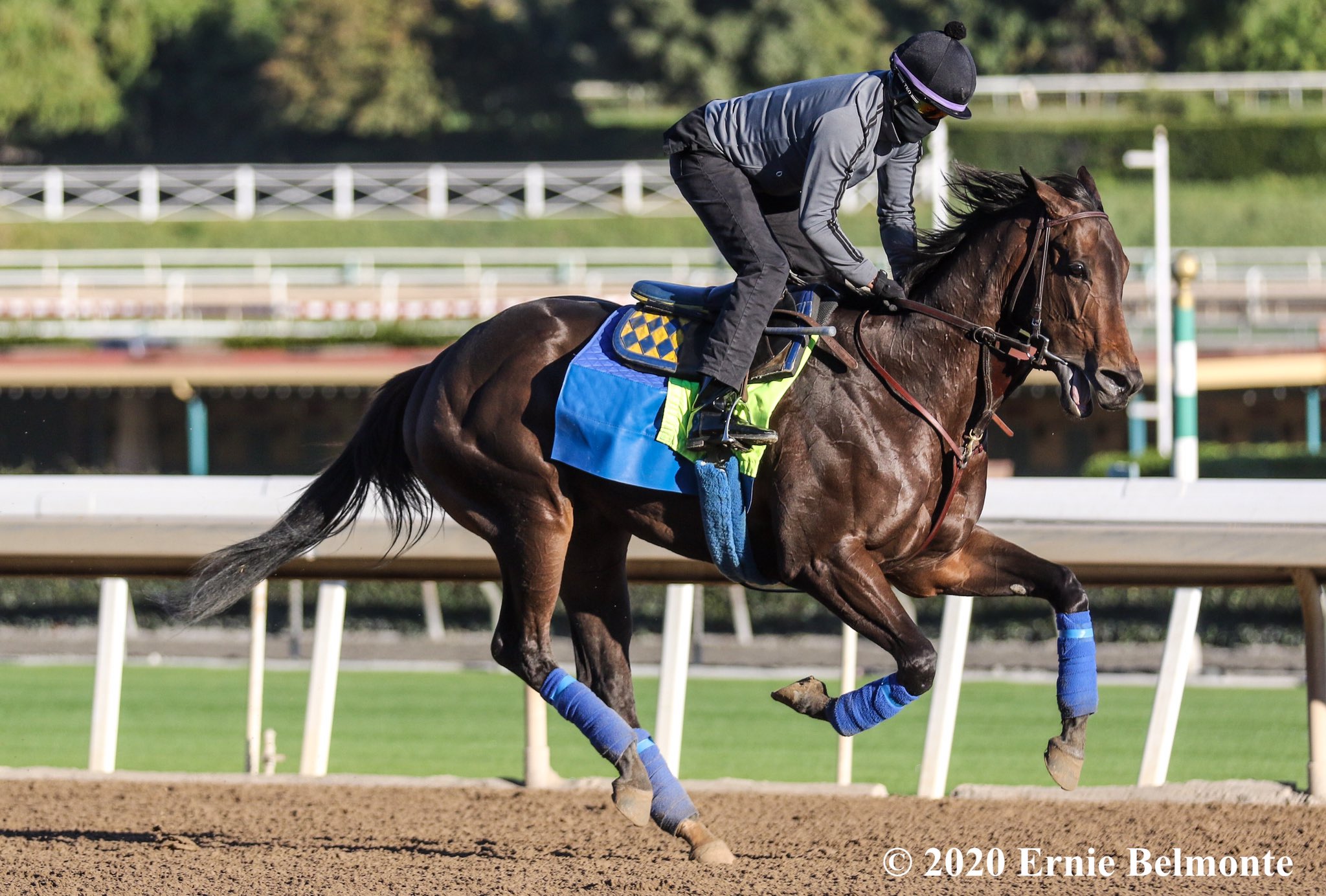 Meanwhile, her stablemate Medina Spirit turned heads with his tandem work at four furlongs, keeping pace with the Into Mischief colt to his inside, to complete his breeze in :47.8. Medina Spirit has been on the work tab for over three months, initially firing off bullets at Los Alamitos before moving to Bob Baffert’s main barn at Santa Anita. Coming along wonderfully, plans are to debut the colt in the coming weeks.

Medina Spirit ???? (by Protonico) was also on the morning worktab @santaanitapark yesterday – he is working toward his debut for #ZedanRacing & trainer Bob Baffert.