Kentucky Derby’s website offers an excellent read on the rags to riches story of MEDINA SPIRIT: including his breeder Gail Rice, his modest purchase and prep by Christy Whitman’s Whitman Sales, and how he came to become a part of Zedan Racing’s roster and now on racing’s biggest stage in the 147th Kentucky Derby. Written by Brisnet’s Kellie Reilly and photo by breeder Gail Rice. 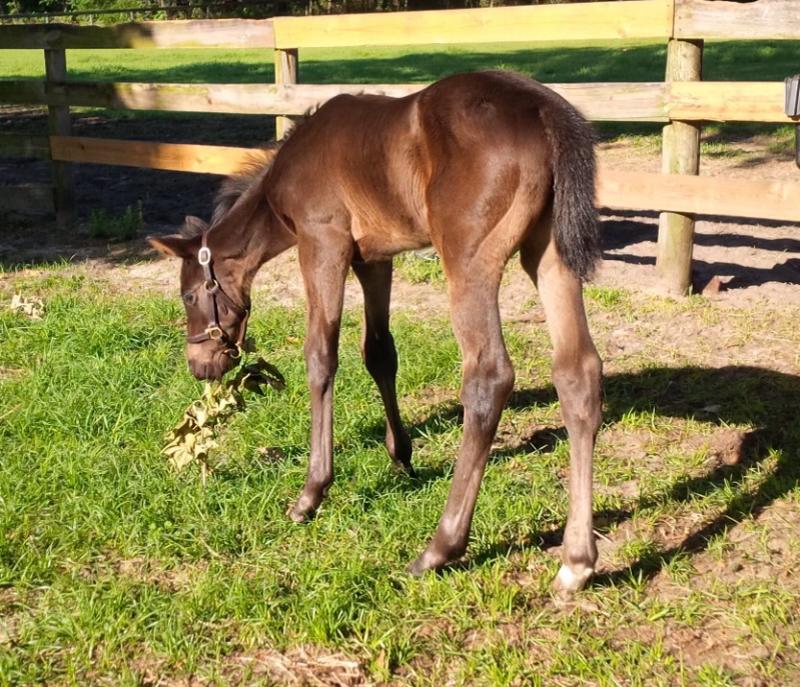 A newborn who needed help, a $1,000 yearling whose small breeder had to sell, a cheap recruit for a hardscrabble talent scout, a juvenile purchase inspired by friendship – Medina Spirit’s story is ready-made for cinema.

The colt was a “standout,” breeder Gail Rice recalled. “He would give you that look, just the way he moved across the field.”

Mongolian Changa was a good first-time mom, even when her foal wanted to use her as a playset.“ She was tolerant – let him jump up on her neck.”

The colt also had an independent streak, wandering outside the typical comfort zone. But both mother and son were laid-back enough to feel secure when separated by a distance. “He would hunt after her when he needed a drink,” Rice said, “but then he would go around to the other side of the fence. Most babies would be freaking out.”

The biggest foal of the group despite being the last born, the colt was already displaying a deeply competitive spirit.