It’s been over three months since MEDINA SPIRIT was last seen winning the Kentucky Derby (G1) and placing in the Preakness (G1), and Sunday he was supplemented into Del Mar’s Shared Belief Stakes. 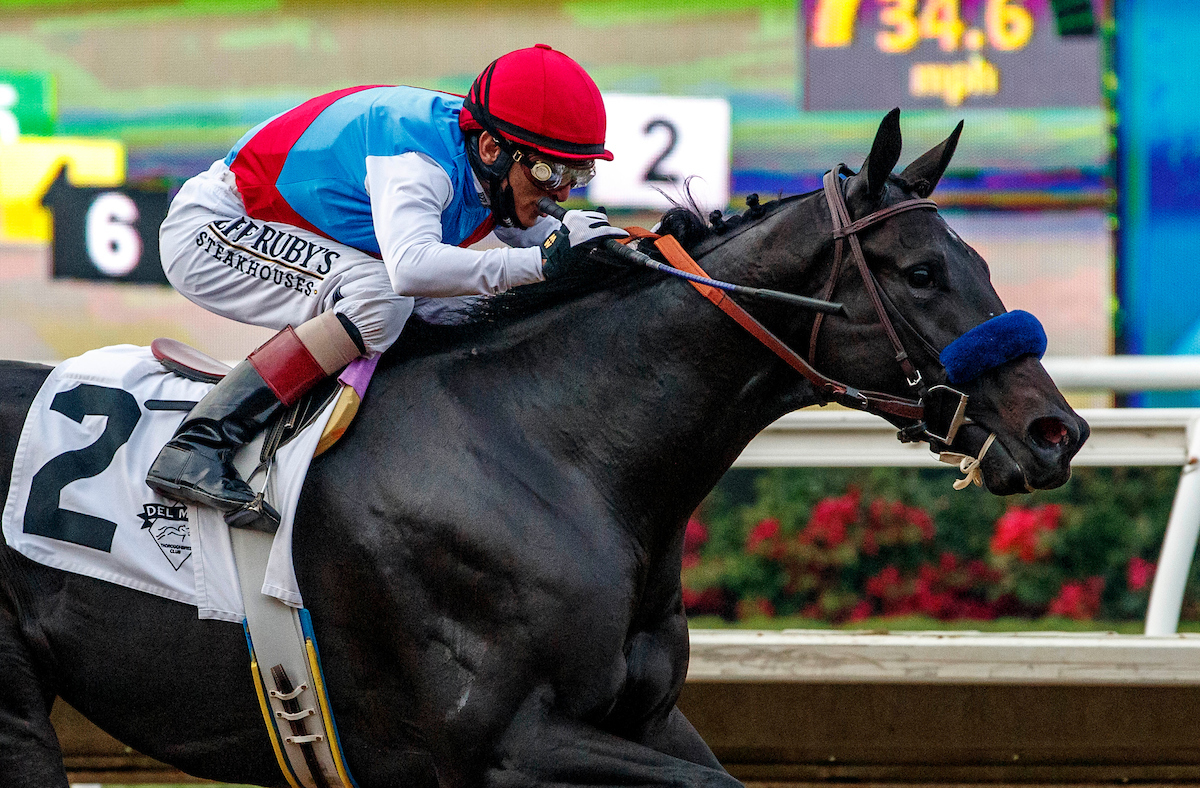 It was another all-heart, wire-to-wire victory for the colt as he held Grade 1 winner Rock Your World at bay down the stretch to secure a one-length victory, under John Velasquez.

“It’s a relief. A Shared Belief relief,” winning trainer Bob Baffert admitted via TDN, “I did not have any intention of running him in this race until a couple weeks ago. For what this horse has gone through, he’s such a game horse and I wanted to run him here and see if he likes Del Mar. I’ve never had a Derby winner come back and win here so that’s a first. He looks good and John said he feels better than ever.”

A win at Del Mar bodes well for MEDINA SPIRIT, looking out towards the Breeders’ Cup World Championships which will be hosted by Del Mar this year. In the meantime, a start in the Pennsylvania Derby (G1) September 25th is still on the table for MEDINA SPIRIT.