In a victory as storybook as it is surreal, MEDINA SPIRIT put himself into the history books as the 147th Kentucky Derby (G1) winner. A mere $35,000 purchase at the OBS July sale less than 10 months ago, the often underestimated Protonico colt was all heart in a game victory in the “run for the roses.” 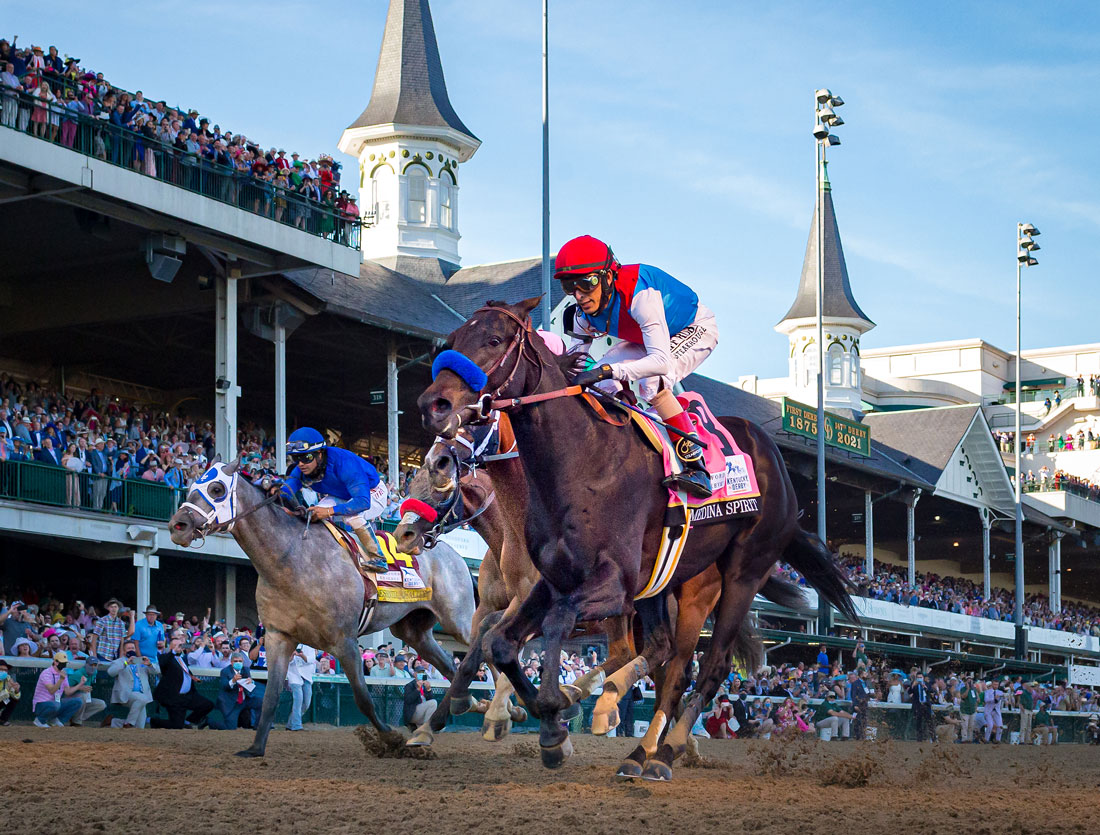 The lone Bob Baffert trainee was a lukewarm 12-1 leaving the gates among nineteen rivals of the top 3-year-olds in the nation. Jockey Johnny Velazquez aggressively sent MEDINA SPIRIT to the front to gain preferred position on the rail leading the charge. Allowed to settle setting moderate fractions, the pace quickened around the far turn as the bids from Mandaloun, Hot Rod Charlie, and favorite Essential Quality were realized. Set down in the stretch, MEDINA SPIRIT gamely fought to the wire, with the aforementioned challengers in tow.

It was a slim victory of a 1/2 length, with the fourth place finisher only a length behind, manifesting MEDINA SPIRIT’s grit til the end. The newly minted classic winner has three wins and three seconds in his six starts, and now has earnings of $2,175,200. It was Bob Baffert’s record-setting seventh Kentucky Derby (G1) win as a trainer, and jockey John Velazquez’s fourth.