Medina Spirit could become one of racing’s all-time bargains. Whether he will someday rank with the likes of Carry Back and Seattle Slew in that category, only time will tell, but at this early point, he is moving in the right direction. – proclaims Ed Golden’s Paulick Report article: Bargain Buy Medina Spirit More Than Paying His Way Thus Far. 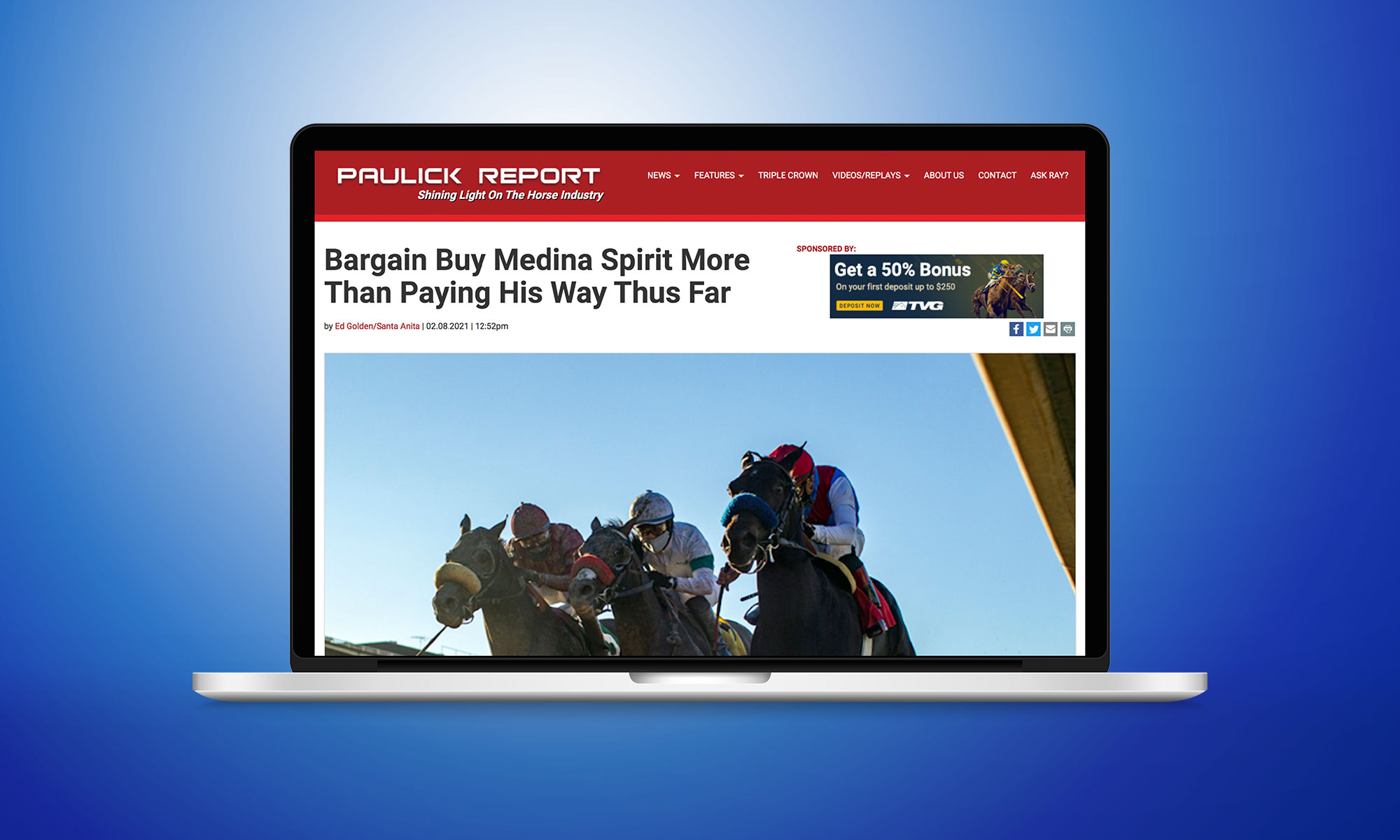 “After the previews, Mr. Zedan called me and asked if I remembered seeing a horse by Protonico and I told him, yes, that horse made my list. He asked me to look at the horse again, and I did. He was OK, but he wasn’t going to be the sales topper or anything.

“Protonico raced about 10 years ago when trained by Todd Pletcher, and was owned by Mr. Zedan’s friend, Oussama Aboughazale, who has a breeding operation called International Equities Holding in Kentucky where Princess Noor was bred.”

Both men are from a city in Saudi Arabia called Medina, which as a girl’s name is of Arabic origin meaning “city of the Prophet,” and is where Muhammad began his campaign to establish Islam.

“Protonico had a very small crop and Medina Spirit was the only one of his progeny at the sale,” Young said. “He had worked three-eighths in 33 flat which was decent time, but he had a nice rhythm and a stride like a route horse. Mr. Zedan asked what I thought and I said, ‘Buy him.'”