TAIBA returned this weekend to the winner’s circle, with a decisive victory in the $1 million Pennsylvania Derby (G1). 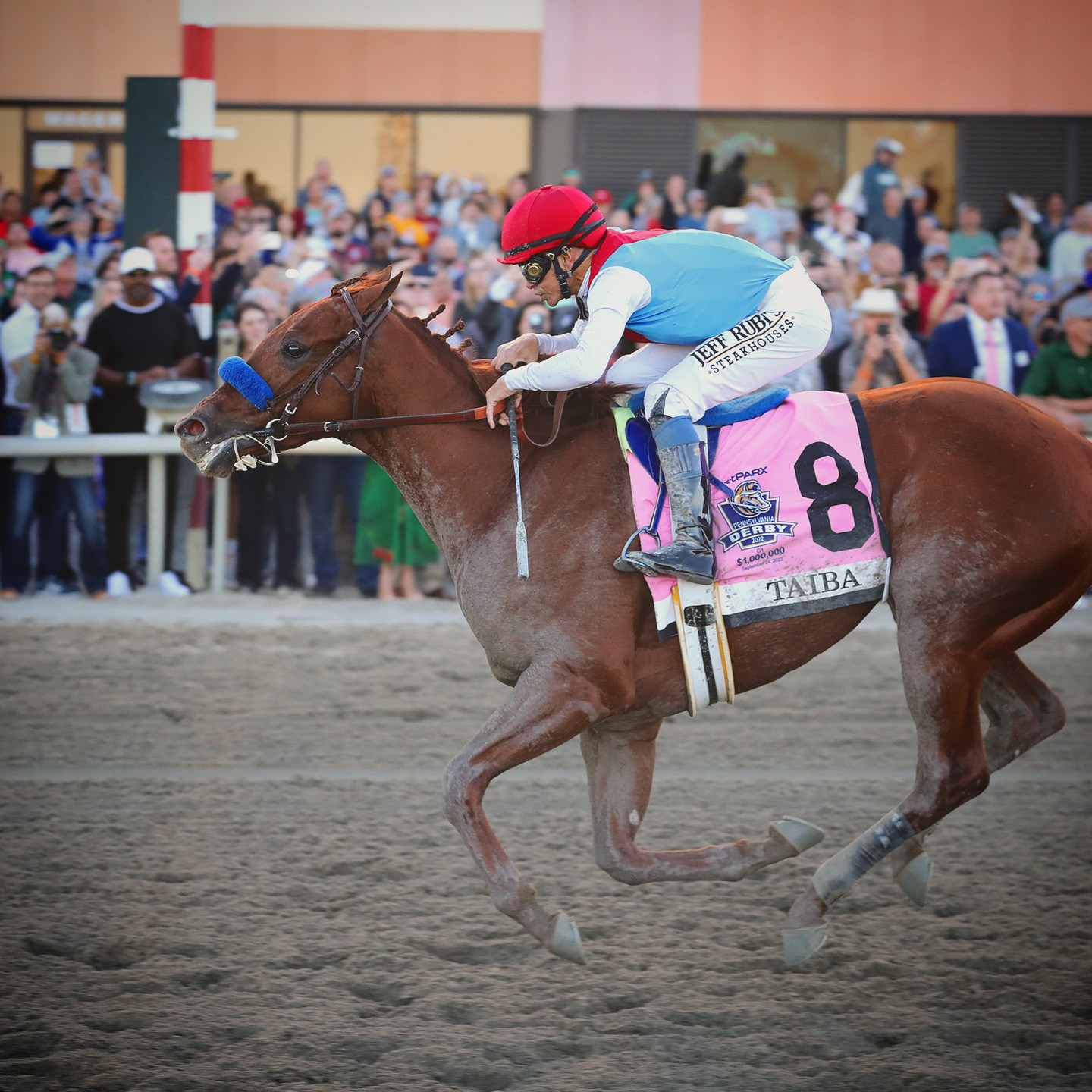 After a well-timed break, TAIBA was angled inside on the first turn under rating, waiting patiently through the quick early fractions of the 1 1/8 mile race. Jockey Mike Smith then guided TAIBA wide advancing the quarter pole, and the son of Gun Runner reached the front in early stretch, to draw away by open lengths with mild pressure.

TAIBA completed the 9 furlongs in 1:48.67 and earned a career-best 108 Beyer speed figure. He defeated multiple Grade 1 winners – including Cyberknife, White Abarrio, and Zandon – and increased his earnings to over $1.2 million.