After an impressive maiden breaking score early March, in only his second start TAIBA stepped up to the highest level and emerged triumphant in the Santa Anita Derby (G1), earning a spot in the starting gate at the Kentucky Derby next month. 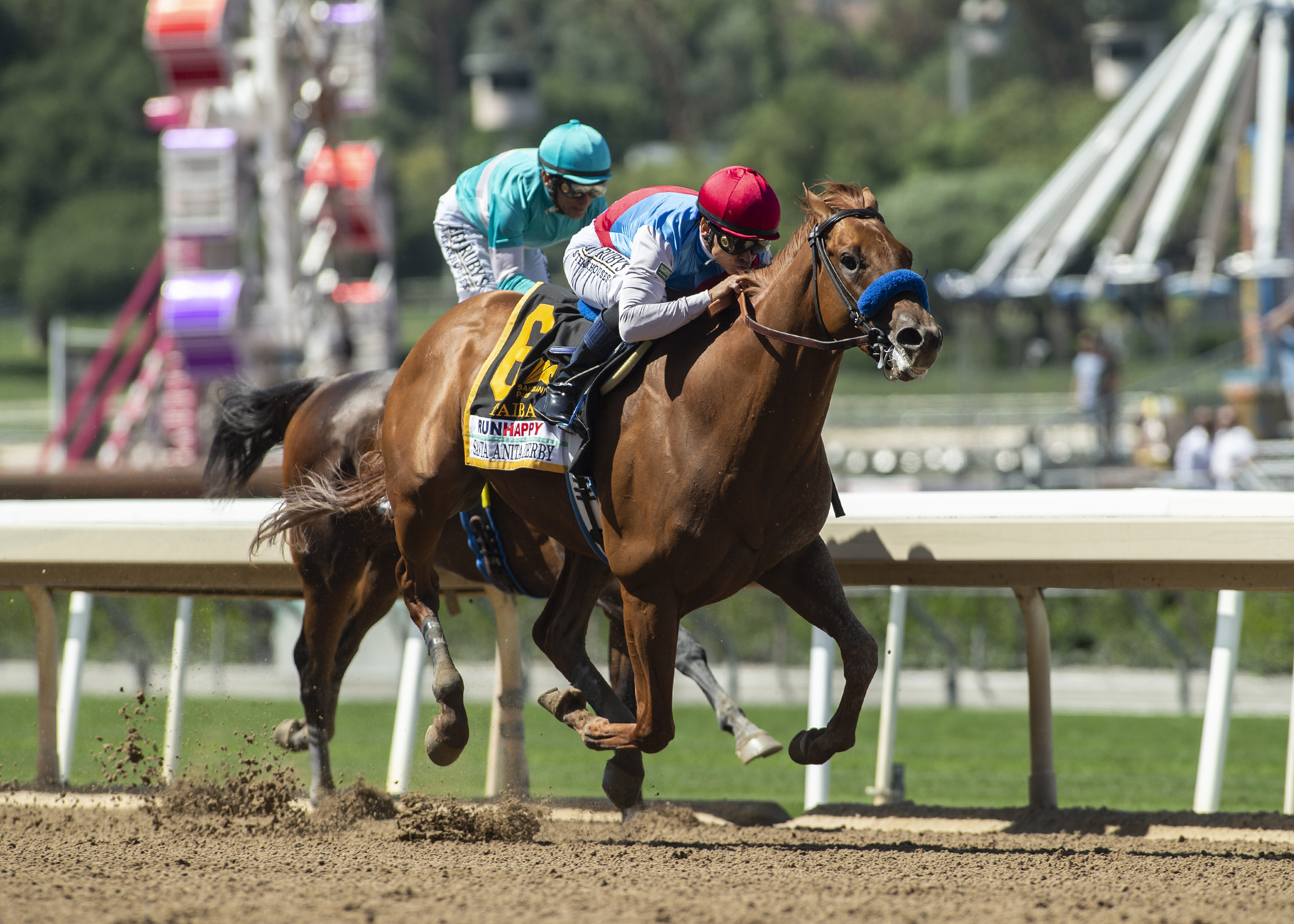 Breaking alertly from the outside, the 3-year-old son of Gun Runner tracked the early speed of favorites Forbidden Kingdom and Messier, before kicking into gear around the far turn. Into to the stretch he easily passed the tiring Forbidden Kingdom and set his sights on the classy Messier who was unwilling to forfeit the lead.

It wasn’t until the last 50 yards that TAIBA powered to the lead, securing the victory by over two lengths under jockey Mike Smith.

“It’s hard to actually verbalize what he just accomplished,” trainer Tim Yakteen said of TAIBA’s sensational performance. “You don’t see that at this level unless you’re just exceptionally, exceptionally gifted.”

TAIBA will train towards the Kentucky Derby (G1) on the first Saturday in May.