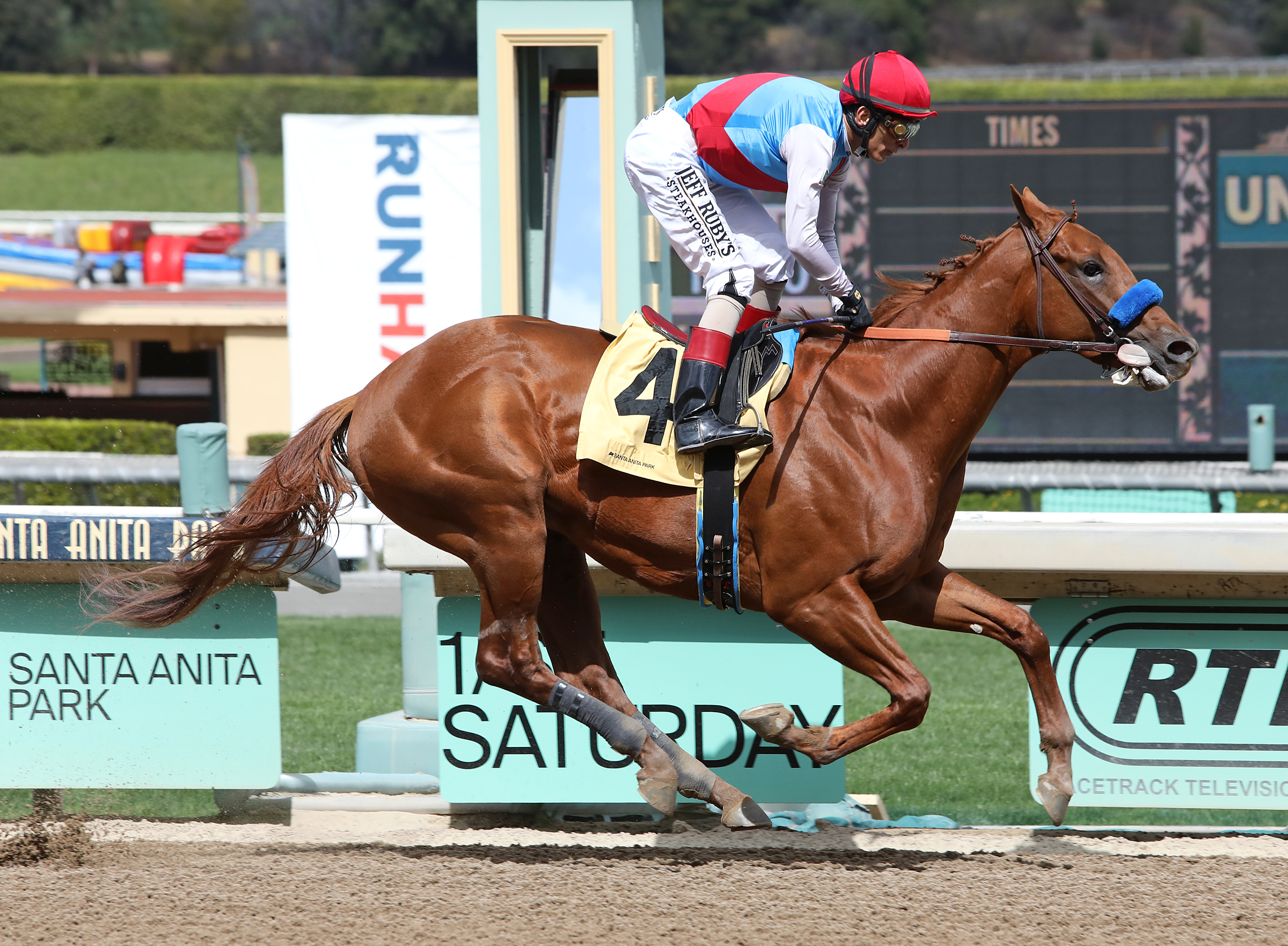 The overwhelming 1-2 favorite broke well, but had to settle for a pressing spot in between rivals early. Jockey John Velazquez tapped on the gas entering the bend and TAIBA took a narrow lead at that point. After a :45.69 half, it quickly became a one-horse affair as TAIBA leveled off and exploded with efficient strides to run up the score to 7 1/2 lengths. He stopped the clock in 1:09.97.

The son of Gun Runner earned an impressive 103 Beyer speed figure for his breakout performance.