From our first entry into Thoroughbred racing in partnership with #CaliforniaChrome before he won the Dubai World Cup – to the winner’s circle at the @kentuckyderby with our own MEDINA SPIRIT just five years later… “Taking Stock: Amr Zedan has Arrived” by the Thoroughbred Daily News. 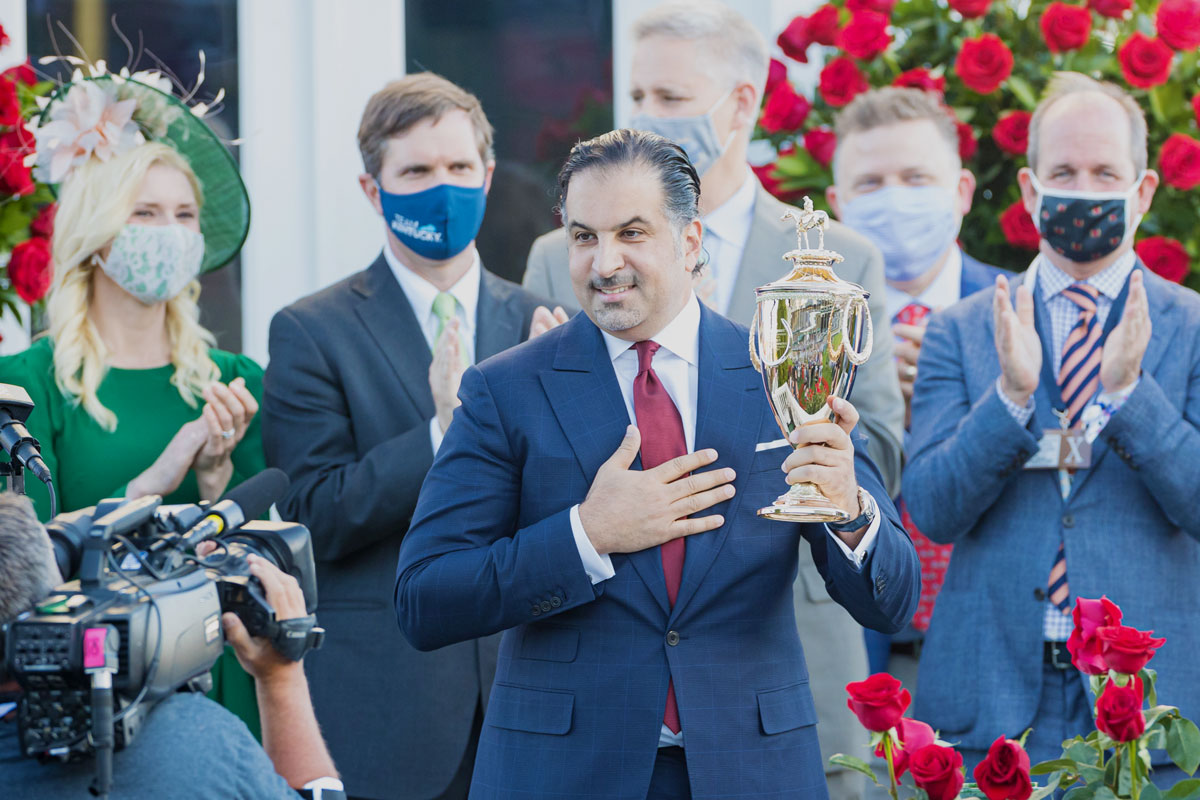 Three of the first four finishers in the Gl Kentucky Derby were owned by Middle Eastern entities. The beaten favorite in fourth, Essential Quality (Tapit), races for the global Godolphin operation of UAE’s Sheikh Mohammed, whose recently deceased brother Sheikh Hamdan’s Shadwell had won the GI Longines Kentucky Oaks a day earlier with Malathaat (Curlin). The Derby runner-up, Mandaloun (Into Mischief), flies the famous green and pink silks of Juddmonte, whose longtime owner, Saudi businessman Prince Khalid Abdullah, passed away earlier this year but whose future rests with his eldest son, Prince Fahd, who now runs his late father’s business empire, The Mawarid Group of Companies. The winner of the Classic, the Bob Baffert-trained Medina Spirit (Protonico), is owned by a relative newcomer on the scene, Zedan Racing, the stable of Saudi businessman Amr Zedan, who cut a dash in Louisville. He made an unexpectedly refreshing speech that was both eloquently candid and humble while accepting the trophy.